29 candles, Months of the blues, and Spleenless in Boston

A little over a week ago I had my 29th birthday, As it was approaching I wasn't in the mood to do much of any celebrating. Luckily, I got in my normal "Yay its my birthday" mode and celebrated. It was different then normal...it was more for doing for me and meeting my needs then my normal feeling of needing to be with everyone.  I went for a morning birthday massage, a mani and pedi with a foot massage, worked out, and of course whats a birthday without a little shopping. Then I went out with Mike and the family for Greek food in good old Astoria ...my absolute favorite!!  I, of course, celebrated all week long going to dinner or lunch with different people in my life. Birthdays are different now-more emotional. Rather than it being about where to go and what to do it becomes a day to reflect about life and what a birthday really means.

As I mentioned before I really wasn't in birthday gear and ready to celebrate. The past, hmmmmm ...I don't know...., five to six months have been rough. A time that I hope is behind me like a horrid nightmare and won't ever return. That strong grasp I knew I had on life and on my emotions was slipping. It was this period of darkness that I knew was going to end but not sure when and how the hell I was going to get out of it. My normal strength, positive thoughts and will to fight were slipping and slipping fast. Despite trying to keep the fight up I felt like I was being blown over by the strongest and nastiest gust of wind and I was just losing the strength to keep myself from allowing me to get knocked over. A lot was going on...the cancer was changing things in my life, some for the better and some things I didn't want to change. There are those things that are comforting that we like just the way they are and then when change has to happen it can hit us hard.  Believe me a lot of changes are for the better but there are also things of your "old life" that you miss and wish you don't have to change. On top of it I lost both of my maternal grandparents, who were both a very big part of my life, in a matter of months. Relationships that were once my everything and my normal way of doing things had to be reassessed. My desire to keep on working versus taking care of myself was a constant battle. If I work, am I giving the best to the kids and the team I work with? With working... was I doing all I can do to heal myself of the cancer?

I also haven't been feeling well at all....Ive been weak and EXTREMELY tired. The word tired cant even capture how I felt the last couple of months. The way I thought of it was my body was working overtime and clearing out these cancer cells and killing these tumors. I figured my body needed more sleep so if I fell asleep at 7:30 pm and didn't wake up until 10 am I figured my body must desperately need to rest. I felt the more sleep I got the more I needed. On top of it I had these random abdominal pains, which led me to the emergency room on two occasions. The first occasion they said they didn't see anything noticeably wrong and sent me home and the second they indicated the tumor on the spleen increased and that my spleen hemorrhaged. However,  they indicated it was no longer an issue as the blood was dry therefore no longer bleeding. I consulted with Fred (Cellect) who suggested that this was very likely the tumor on my spleen falling off causing the bleeding. He also said that the increase in the tumor size could be due to all the cleansing that my body was doing to try and get rid of the cancer. Based on Fred's opinion and the fact that my blood levels were fine, I continued on my normal regiment.  Although the pains subsided for  months afterward, they continued from time to time. My bi-monthly blood work showed all numbers were in an appropriate range so I went on with everyday living.

Mike and I decided to take off a week to do special little trips for my birthday. We decided to go visit our friends in Boston. Other than my normal tiredness, day #1 went well. We drove up to Boston and had a nice dinner with my bestie Emily and Dave and had a comfy sleep in the Marriott. Then day #2 we woke up with plans to go for a run with Emily. I knew that wasn't happening because I was having difficulty breathing and had a very uncomfortable, full feeling. I  walked behind the two runners. Despite a little discomfort, at least I got some exercise in. Playing the normal Dr. Lisa that I like to play from time to time, I figured since I did did not take cod liver oil pills with my Cellect (like I normally do in the morning) I was having issues with gas and bloating. I had sharp pains in my stomach but continued hoping it was going to pass like it normally does. I went to Whole Foods and bought the cod liver oil pills. Tried to put my attention on site- seeing and shopping (of course) in Boston... but the pain was getting worse. I mentioned it quite a bit to Emily and Mike but not even nearly as much as I wanted to. I didn't want to complain too much but the pain just couldn't keep me quiet. We were having a low key night and having pizza and drink at Emily and Dave's apartment with Marina and James. I remember James and Marina walking in the apartment and I was preparing some veggies and dip. I was talking to Marina who I haven't seen in awhile... trying so hard to take my mind away from the incredible pain and focus on what she was saying. I couldn't do it anymore, I was doubled over in pain. I laid on Em and Dave's bed and couldn't get comfortable.  I was sweating and having shooting pains up my left shoulder.  Mike decided I needed to go to the ER and see what was going on. Luckily, Em works as a manager in the ED in Beth Israel Deaconess Medical Center, which is only a couple of blocks away from her apartment. She got me in the Emergency Room and, like magic, they took care of the pain.

They knew right away that something was seriously wrong. They did a bedside ultrasound and saw a lot of blood in my stomach and my spleen was extremely large. The CT scan that they did showed that the tumor in my spleen was so large it was taking up the entire size of my spleen, causing it to stretch to an uncomfortable position. The spleen ripped causing blood to pool in my stomach.  My hemocrit was low. They told me that I would have to be admitted because of the seriousness of the bleeding.
They initially performed a procedure microscopically... where they sealed the leaking area to stop the bleeding.  Being completely out of it, I was under the impression that if I did this procedure I would not need my spleen removed. The pain was still considerable. To my surprise, they told me the following day that it was important for me to get the spleen removed because the spleen would wind up dying anyway now that it had no blood supply. They, of course, said how critical it would be to get the tumor out as well. They removed my spleen and the very large tumor (8cm) Saturday night.

I'm recovering now...in quite a bit of pain. I'm eagerly awaiting the pathology results to know exactly what was going on in the tumor/spleen. Fred, as well as my doctors in Switzerland, believe that based on pure science, the spleen tumor could be cancer cells that were dying off. We will see....

I was supposed to get my pet scan on Friday to see where everything stands but I'm obviously postponing that. My main areas of concern were the spleen (no more !!!!) and my left lymph node. My left lymph node has been shrinking before my eyes. It may have something with me deciding to inject it with an empty syringe one day and pulling back on the syringe and a whole bunch of blood came out!!! I repeated it four times and initially it got swollen but with time it got much smaller. I know I know...you all think I'm crazy but Dr. Rau did this in Switzerland and I don't know why but something just made me do it.  Blood coming out of a tumor is a good sign...means its dying. So....the armpit lymph node tumor is much smaller, the spleen tumor is GONE, and there is a tiny spot on the liver that has been steadily decreasing in size.

Ugh I just had a horrid pain episode; they boosted my pain meds...Thank God!! You all know Im not a fan of pain meds so you could have imagined the extent of the pain. 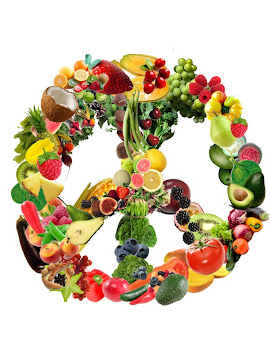 The name is LiSa. The age is 28. I have loving parents and an incredible immediate and extended family. My husband is the best thing that ever happened to me. I love to decorate anything from a room to a piece of paper to a cookie or a cake. I adore my puppy Marli. I am a therapist to adolescent boys with psychiatric issues. I love hearts, candles, and veggies. I love to smile! It makes me happy to be around children. Naturally, I love to shop! I have fantasies about changing the world. Im always thinking about what I could do next before Im finished with whatever Im working on. So, why am I here you ask? Im eager to share my experience with being diagnosed with the big C. Yup that dreaded horrific disease that is way too prevelent these days....cancer. I have stage IV melanoma. The journey began with the "big guys" in the white coats over at places like Sloan Kettering. They meant well and tried to help me but unfortunatley they just dont have the answer. I followed the windy turns of which ever direction the path wanted to take me and I wound up on the holistic, all natural route. It kinda just happened.... and boy, am I happy it did. I feel good for the most part and am seeing some amazing results. More than anything I am learning so much. For a girl who hated science class I just want to throw my self in the books and absorb everything. I wish I could dive inside my body or anyone's for that matter and just get a tour to see how everything works. This blog is my outlet to share with whoever is intersted in reading about my experiences and what I have learned on this long windy journey. I, firsthand, am experiencing the bullshit in the world of cancer and want to help others understand all the hidden and incredibly helpful facts about cancer. Yes... I still have cancer and am not sure how things will turn out. But I do know that changes in my nutrition and lifestyle alone have made a dent more so than any drug that was given to me by the "big guys." Welcome to my outlet! Read at your leisure...